Success as a Shaklee Distributor

Success as a Shaklee Distributor

He had been on a call I did recently where I talked about “what you think about, you bring about.”  Well, he realized that he was thinking about all the things that were not happening to move him towards his goals and dreams.  He was not thinking about what he wanted to happen in his future.  He asked me how to change this.

I had a couple of thoughts for him but needed to ask some questions first.  Was he watching too much tv?  Yes, he and his wife had found a new Netflix show and had started to binge-watch it every free moment they had.  Was he reading the newspaper every day?  Yes.  Was he reading personal development books also?  No.  Was he plugged into the team events and business things happening during the week?  No.  What was he doing to work on creating his vision and controlling his thinking?  There was silence.

Well, I knew the answer.  So many people want to make a change; they want a better life but they are not willing to do what it takes.  I suggest sitting down and writing out what they want their life to look like; the big picture vision.  Then, identifying what is holding them back in their thinking so that they can work on their thinking and reframe negative thoughts.  Most people will never do these activities. Unfortunately, that ends up becoming the difference between someone’s success and failure.

People don’t take the time to work on their future.  Life passes them by because they spend more time watching others live versus creating the life that they want to live.

People ask me for coaching on becoming successful on a regular basis. I typically have the same conversation with most.  In the past, I used to give these people copies of ‘Think and Grow Rich’ by Napoleon Hill and suggest they read it.  I discovered, they never found the time.  I used to suggest people join my virtual book club to work on themselves.  Most never did. The majority of people spend so much time in thoughts of negativity that they don’t replace them with thoughts of where they want to go in life or thoughts of self-improvement.

Unfortunately, I see a lot of parallels with the Network Marketing industry.  You need to believe you’ll be successful or you won’t be.  You have to work on your thinking to build your belief. You actually need to believe before it happens.  Most people quit before they are successful because they can’t keep a positive frame of mind until they create success. If you spend time working on yourself and your thinking, success will come.  It takes discipline and consistent effort. 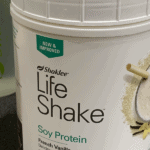 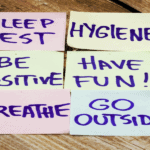 The Importance of Self-Care