“Last night, I ran into a friend who works as a clerk on the graveyard shift.  He attended a program I did on the power of thought not long ago.  He mentioned that he was trying to create a vision for the future–but all he could see was cracked mirrors.   He asked me what I thought would cause that.

I replied that the likely causes were watching too much TV (he nodded), reading the daily newspaper instead of positive books (he nodded), hanging around with negative people (now he’s nodding furiously), or all three.  ‘Busted,’ he says.

Like a lot of people I know, he wants a better life, and often asks me for advice on how to get it.  I used to give these people copies of ‘As a Man Thinketh’ and suggest they read it.  I discovered, they never found the time.  Then I switched to giving them the name, and suggesting they buy it themselves.  Most never get it.  They spend so much time in thoughts of negativity–being a victim–they don’t release those thoughts and replace them with thoughts of self-improvement.

You see a lot of parallels in Network Marketing.  You need to believe you’ll be successful or you won’t be.  But you need to believe it before it happens.  Most people fail because they can’t keep this positive frame of mind until they actually manifest success…….” ~Randy Gage 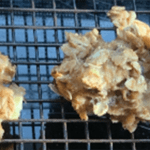 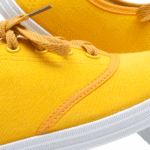